I know I’ll be running everywhere in Heaven after I die, but I think my ashes can be in The Dark Side!! 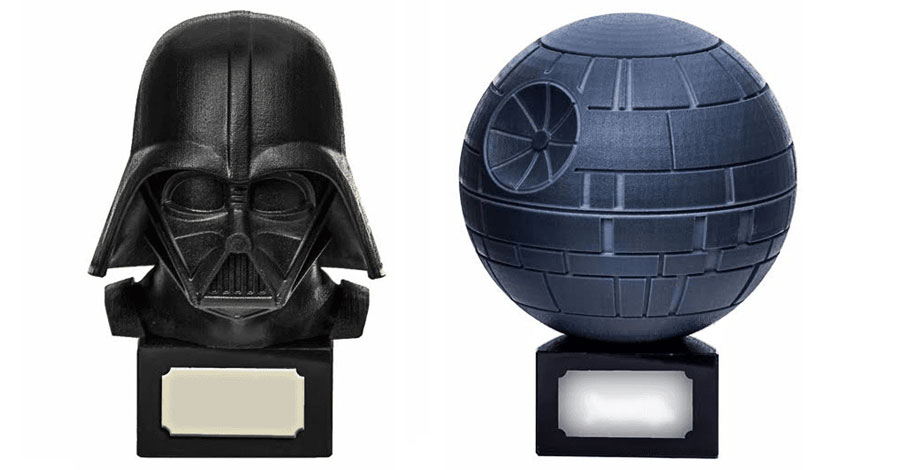 In the buildup to the release of The Force Awakens, we’ve seen an avalanche of unusual Star Wars merchandise — mostly licensed, but some not — ranging from custom pianos and a diamond-encrusted BB-8 to a Han Solo blaster flask and unintentionally creepy shower heads. However, these Star Wars urns may claim the title of strangest tie-ins, all while causing us to dwell on our own mortality. Or at least Darth Vader’s.

Franchise fans who’ve been struck down probably won’t become more powerful than we can possibly imagine (sorry). However, they can still embrace the Dark Side by making a Darth Vader or Death Star urn their final resting place. Just don’t mistake the former for a Darth Vader cooler.

Although U.K.-based Urns for Ashes introduced the items well before the latest wave of Star Wars mania swept across the globe, CNET reports the company has seen inquiries rocket by 300 percent ahead of The Force Awakens. (Both urns are temporarily out of stock.)

Priced at about $223, the urns are produced using 3D printing, which means the color can be customized. Of course, you can also choose your own inscription, in case you want to remind family and friends that your Force ghost is always within earshot.